Pacific Coast Gallery is honored to represent SPOT. Many of his images were featured in his acclaimed photo book Sounds of Two Eyes Opening, released in 2014, and in the Ride the Wild Wheels exhibition at Pacific Coast Gallery in 2018. His classic images chronicle beach, skate, surf, rollerskate, and early LA punk life in the 70s and early 80s.

In addition to his photography, SPOT is also a musician and producer. He produced many of the early releases by seminal punk bands like Black Flag, the Minutemen, Misfits, Descendents, Meat Puppets and Husker Du (among many other bands from that era).

We will soon be releasing a new collection of images called No Glamorous Expectations, featuring many never before released images from LA and the South Bay in the late 70s. If you'd like to be notified when this new exhibition is scheduled, please enter your email in the 'Stay in Touch' section at the bottom of the page, and we'll keep you updated. Thanks.

Full of Noise and Freedom

"And in the moments of pure abandonment — of skaters mid-grind or handplant or briefly, completely airborne; of smoke and sweat visibly emanating from a crowded show — Spot’s pictures feel almost audible, full of noise and freedom, like what it must have felt like to be there."

"Taken singly and as a whole, Spot’s photos capture the look and feel of defining, evanescent crosscurrents in Southern California culture — sun-splashed beach scenes and dimly lit hardcore clubs; big-haired, bikini-clad roller skaters and grim, graffiti-adorned basements — with an intimacy and a fondness that’s impossible to feign....Readers coming to these photos, for the first or the hundredth time, will encounter and embrace what might be called the pictures’ enduring immediacy."

Cuts Through the Artifice

"Spot should be recognized as one of the best photographers of Los Angeles's bygone beach, skate, and punk cultures...Every one of Spot's black-and-white shots is like a beautiful nightmare. He has drained 70s-era Los Angeles of any element of beach fantasy and replaced it with an ominous and frightening beach reality.....Spot strips away any sense of glamour or coolness from his subjects...His girls in bikinis aren't titillating, his punks aren't dangerous, his skaters aren't gods. He cuts through the artifice to the real humanity and he forgives his subjects for their flaws and pretenses."

"The pictures here are raw and personal, mostly in vivid black and white.....

Many of the pictures are exceptional. "

"Cause and effect. Question and answer.

"The photos are varied in their subject matter but all convey a distinct, spirited mark in their own way. Whether on the streets of California or on the punk stages across America, we get to feel that unmistakable energy of youth and energy jumping off the page. 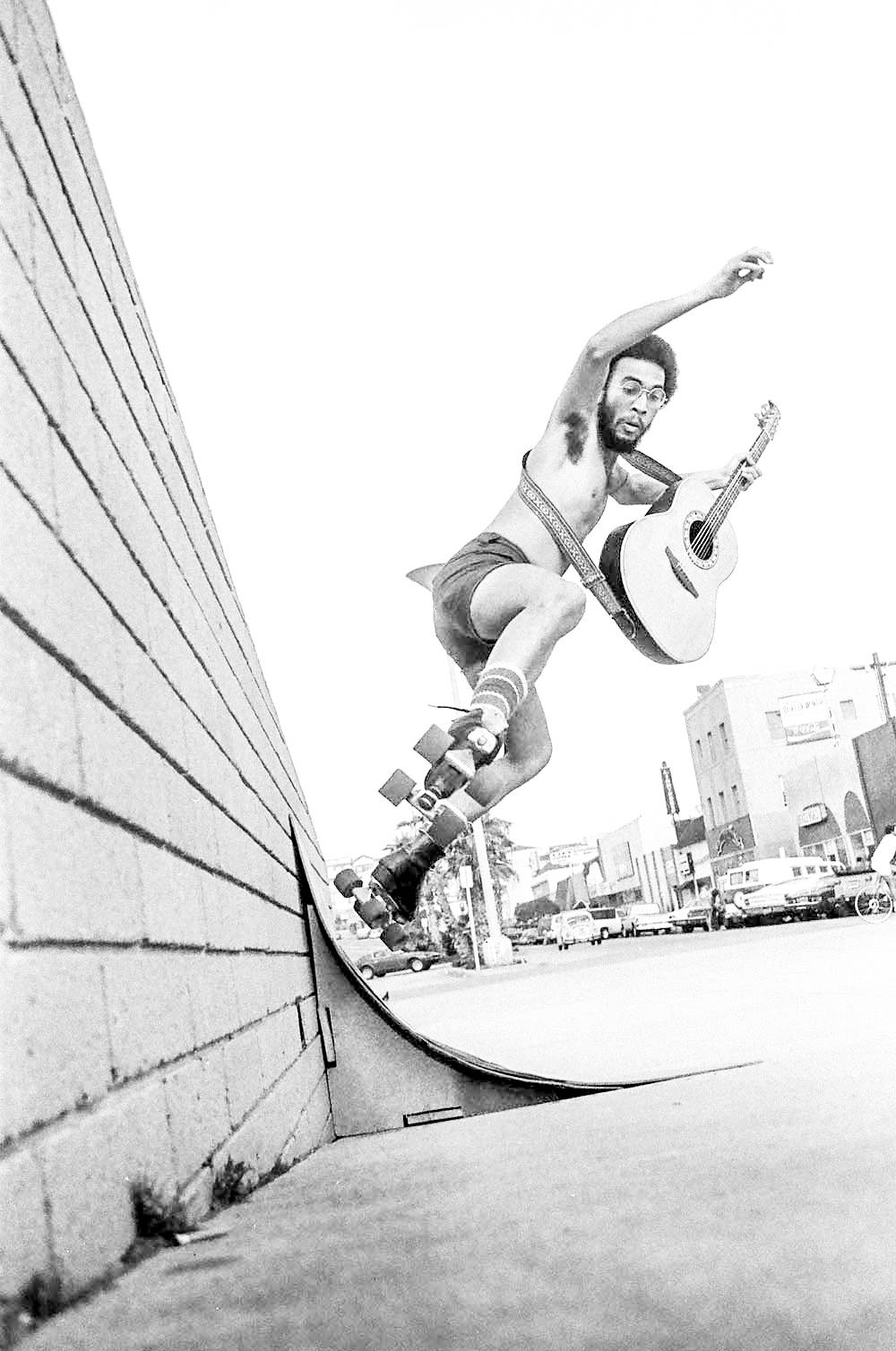 My book “Sounds of Two Eyes Opening” hit the streets in November of 2014. Some of these images appear in that book, but many are unpublished photos that establish a new collection. It’s impossible to declare any as “definitive” of a particular era. This is simply what I lived, in the late 1970s and early 1980s. Obvious historical perspectives can be mundane, and sights unseen are often more interesting.

Hermosa Beach was the “Under-Dog Town” on which the media rarely focused its cameras. In the early 1960s (thanks to the Jan & Dean song) it gained notoriety as “Surf City” but by the mid-1970s that connection was lost (even though most of the iconic surf shops were still there). Thankfully, the town’s post-bop jazz culture made it one of the staunchest holdouts of Beat sensibilities on the West Coast.

At the restless end of the 70s, the South Bay’s just as restless surf/skate/art/music counterculture was in flux and had no choice but to move forward from post-Vietnam War depression and Disco complacency, and to do so with no glamorous expectations. For better or worse, we plodded ahead not caring who the hell believed in us or who the hell didn’t.

These images are from a time when men were still stupid, women were still pretty, music was still making people do unthinkable things, skating on cement was still making folks wanna climb walls and fly, and a world of overlapping possibilities was still eluding the modern “experts” who thought they had some clever fix on what was really happening in life. But my grandmother—with the fewest words possible—taught me that the secret to life was to shut up, listen and pay attention to the stories happening all around us. It was just as valid to shut up, look, focus and let light hit film. No Hollywood scripts; no brass bands. Just an invocation of author John Steinbeck’s ideal of opening an eyeful of pages to let in an earful of tales. 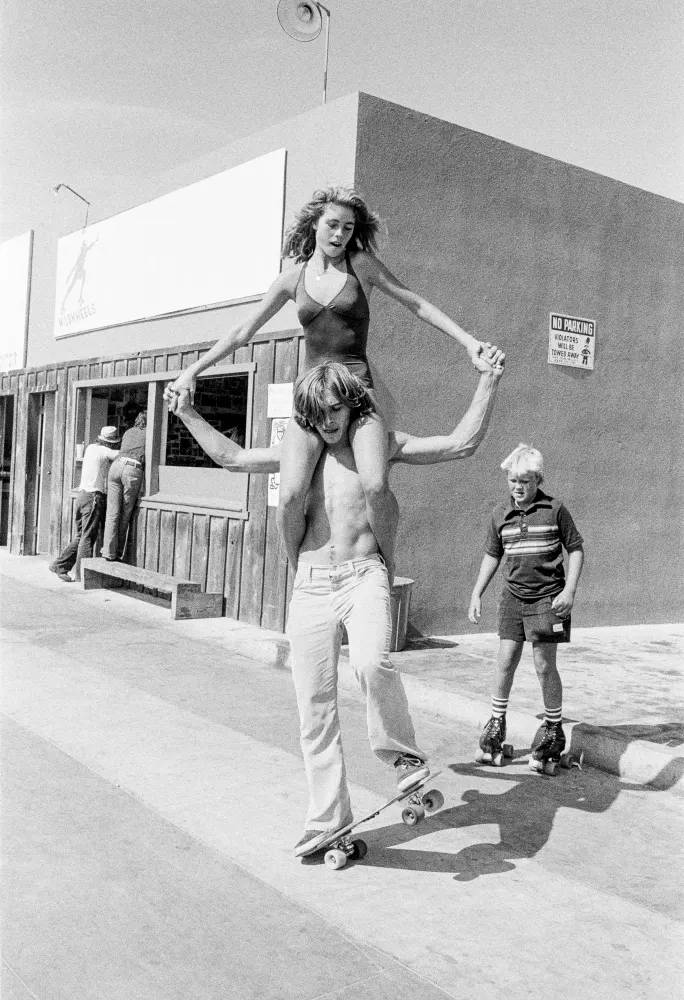 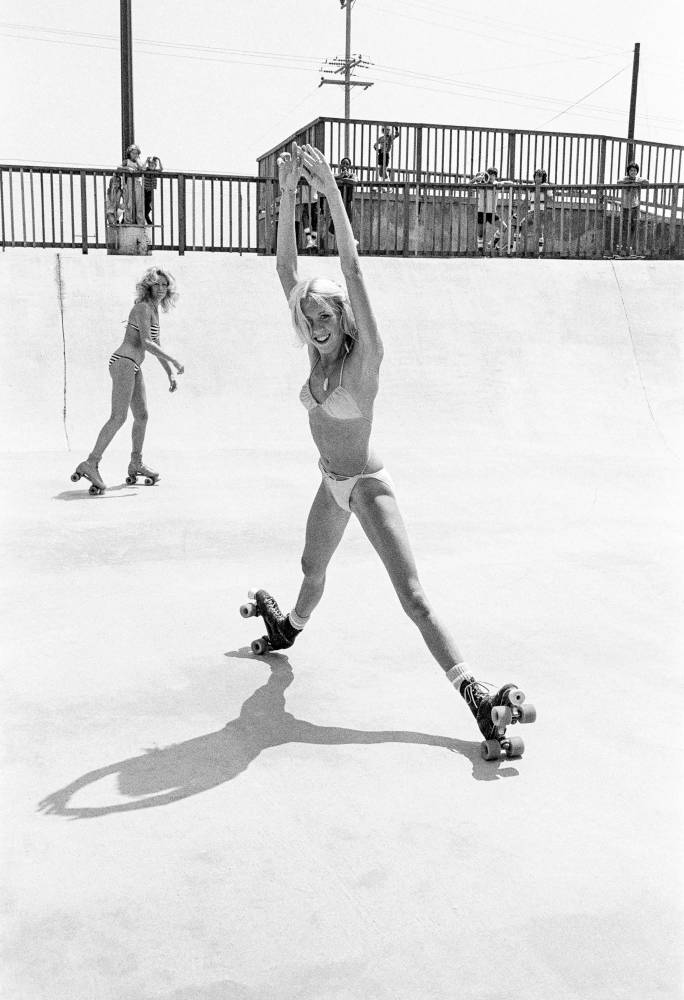 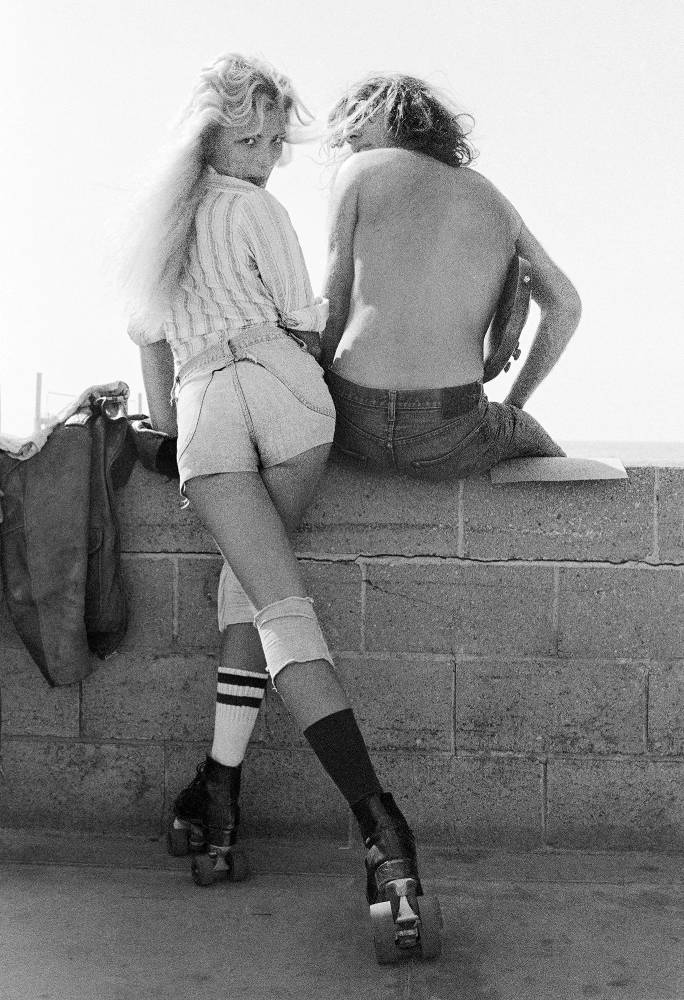