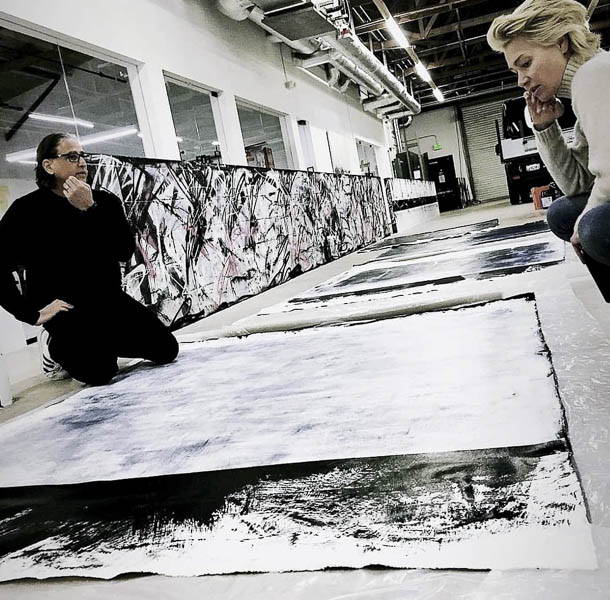 Charlie’s paintings are collected by many of Hollywood’s top actors and rock stars, and he also works with Portia de Rossi as an artist for her company General Public, which sells reproductions of his work at Restoration Hardware. His work was featured in a group exhibition in Los Angeles (2018) with the seasoned abstract artist Ramone Munoz and actor Titus Welliver. His work has been shown with ceramic artist Patricia Shone at The Stratford Gallery in England (2020).

While making his work, Charlie is mainly concerned with formal painting qualities. Unique graphic forms, color interaction, atmosphere and the application of paint are the content of these works. Their impact toggles the oppositions of thick and thin, expressive gestures and hard to soft edges, leaving behind a lasting impression of his processes. The comingling of techniques describes a powerful synergy between the artist’s hand and the viewer’s experience. The collection of his aesthetic proclivities continually unravels in both thoughtful uses of color and in graphic neutral statements. Many of his works express themes derived from the duality of both catastrophe and beauty.

Charlie graduated from Art Center College of Design, majoring in Illustration and Fine Art. He lives in Monrovia California with his wife Jennifer and their kitten Emi Lou.